We look forward to seeing you, virtually, in August! 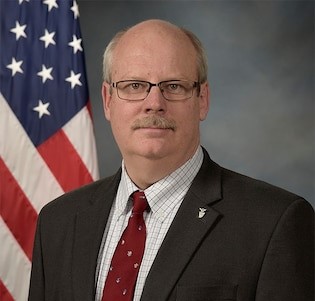 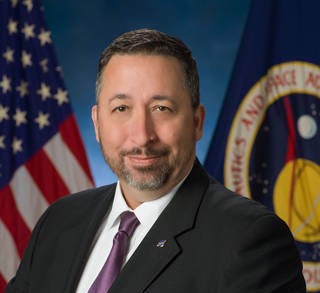 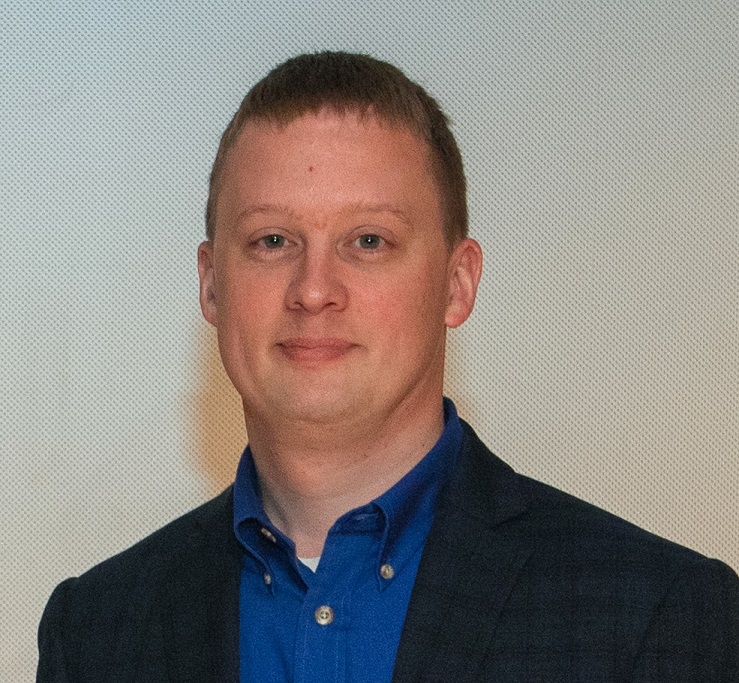 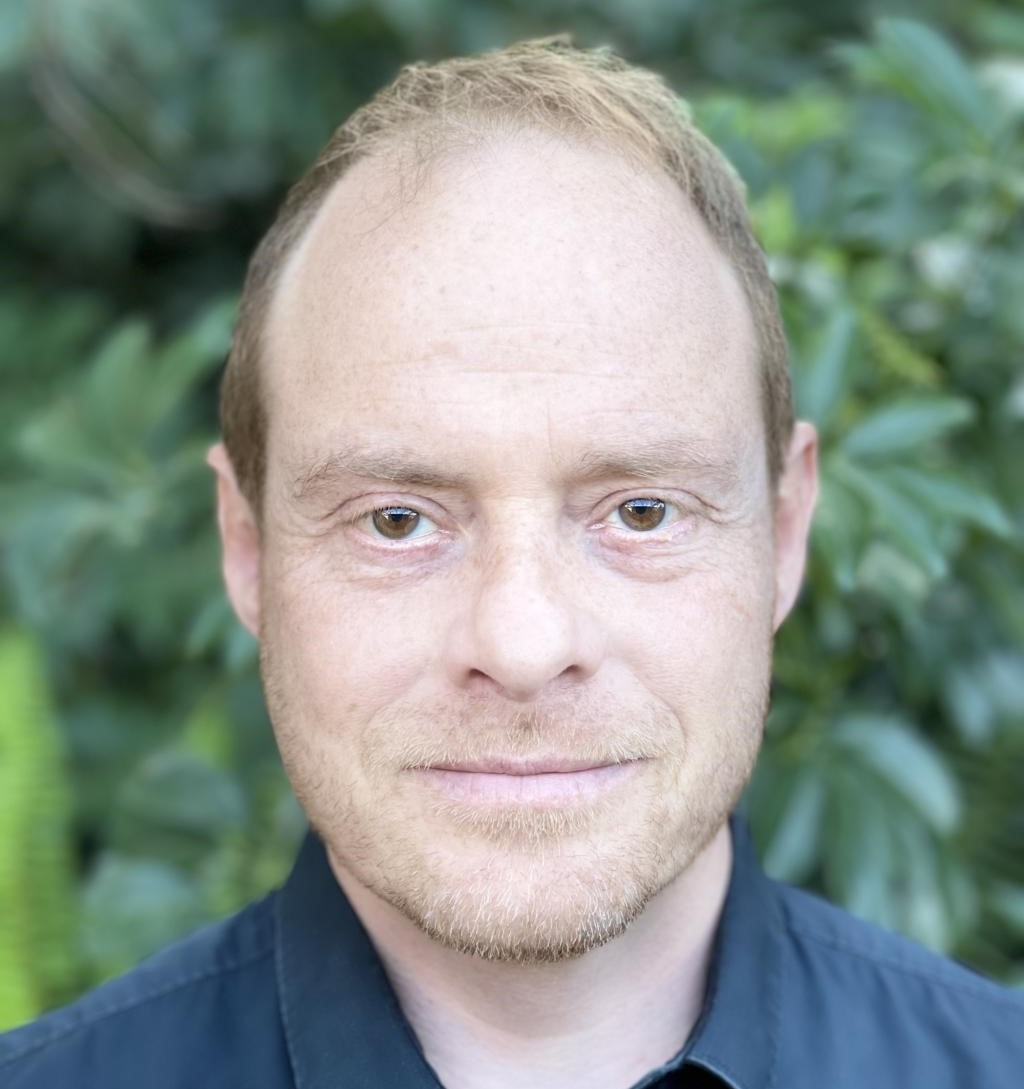 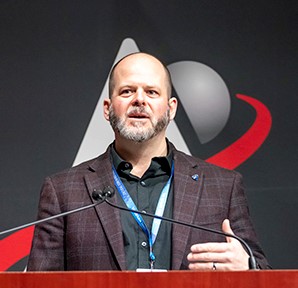 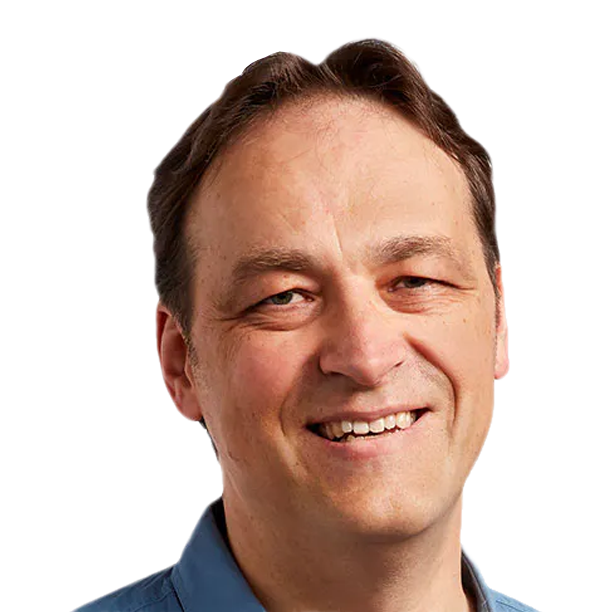 SiFive, Chief Architect and a Co-Founder

Dr. Bolcar is an optical systems engineer at NASA’s Goddard Space Flight Center, where he is a member of the Wavefront Sensing and Control group in the Optics Branch. He currently serves as the lead Optical Systems Engineer for NASA’s Roman Space Telescope (formerly WFIRST). Prior to that, he served as the Lead Engineer for the Large Ultraviolet-Optical-Infrared Surveyor (LUVOIR) Decadal Mission Concept Study, for which he also co-chaired the Technology Working Group. Additional projects that he has worked on include the Thermal Infrared Sensor (TIRS) instrument on LandSat 8, the Advanced Topographical Laser Altimeter System (ATLAS) instrument on ICESat 2, the Visible Nulling Coronagraph, and the Wide-field Imaging Interferometer Testbed. Prior to coming to Goddard, Dr. Bolcar received a B.S. in Engineering Physics from Cornell University in 2002, and earned his Ph.D. under Prof. James R. Fienup at the University of Rochester in 2009.

Douglas S. Adams is the Dragonfly Flight System Engineer, an AIAA Associate Fellow, and a member of APL’s Principal Professional Staff. He received his B.S., M.S., and Ph.D. in Aeronautics and Astronautics from Purdue University, and has more than 20 years of experience developing spacecraft. Prior to his tenure at APL, he worked at JPL on the Mars Exploration Rovers (MER), Spirit and Opportunity, was the Entry, Descent, and Landing (EDL) Mechanical Systems Engineer for the Phoenix Mars Scout lander, and was the Parachute Cognizant Engineer for the Mars Science Laboratory (MSL), Curiosity rover. At APL he supported the CORSAIR (COmet Rendezvous, Sample Acquisition, Investigation, and Return) and RAVEN (RAdar at VENus) proposals, was the Mechanical, Thermal, and Propulsion System Engineer for the Europa Clipper mission, worked on the Europa Lander conceptual design team, and has led the development of the Dragonfly flight system over the last five years.

Mark McDonald was named Chief Architect for the Space Technology Mission Directorate (STMD) at NASA Headquarters in August 2019. In this role, he provides executive leadership in establishing a long term vision for STMD investments, with an annual investment value of $1.1 billion. McDonald was the international formulation team lead for the Gateway Lunar Architecture from 2012 through 2018. Previously, McDonald served in many managerial roles at Johnson Space Center including Deputy Manager of the Design Integration Office in the Constellation program, the Branch Chief of the Avionics Systems Division’s Product Development Branch, the deputy manager of Avionics Project Management Office, and Chairman of the International Space Station Architecture Integration Team. McDonald began his NASA career in 1987 as an electrical engineer at Jet Propulsion Laboratory and transferred to Johnson Space Center in 1990. McDonald has a bachelor’s degree in electrical engineering from the Texas A&M University and a Master’s Degree in Aerospace Engineering from the University of Southern California. He has received numerous NASA awards and honors including a 2013 NASA Exceptional Achievement Medal, a 2004 Silver Snoopy Award, 2000 & 2001 Space Flight Awareness Awards and two NASA Silver Achievement Medals.

Dr. Joel B. Mozer is the Chief Scientist of the United States Space Force. He serves as the principal scientific advisor to the Chief of Space Operations and he is the service’s senior authority for all science and technology matters. The Space Force comprises approximately 16,000 space professionals worldwide and manages a global network of satellite command and control, communications, missile warning and launch facilities and is responsible for the Department of Defense’s space system development and acquisitions. He is delegated the authority to guide all substantive scientific and technical program activities within the USSF. In this role, he interacts with other principals, operational commanders, combatant commands, acquisition, and international communities to address cross-organizational science and technical issues and solutions. Dr. Mozer represents U.S. Space Force science and technology on decisions, high-level planning and policy, building coalitions and alliances throughout the U.S. government, industry, academia, the international community and other science and technology organizations. He evaluates technical needs, solutions, architectures and programs and advises on shaping command programs to ensure the infusion of science and technology provides the best possible solutions.

Dr. Andrew E. Johnson graduated with Highest Distinction from the University of Kansas in 1991 with a BS in Engineering Physics and a BS in Mathematics. In 1997, he received his Ph.D. in Robotics from Carnegie Mellon University. Currently, he is a Principal Robotics System Engineer at NASA’s Jet Propulsion Laboratory where he is developing guidance navigation and control technologies and flight systems for autonomous navigation and mapping during descent to planets moons, comets and asteroids. His current position is the Guidance Navigation and Control Subsystem Manager for Mars 2020 which includes a new vision-based terrain relative navigation system for landing and an enhanced rover navigation system for rapid autonomous driving over challenging terrain. Since joining JPL, Dr. Johnson has contributed to the successful infusion of novel computer vision technologies into each of the Mars rover missions: the Descent Image Motion Estimation System on Mars Exploration Rovers, robust and efficient visual odometry on Mars Science Laboratory and Terrain Relative Navigation on Mars 2020.

Michael Paul is a space exploration engineer at the Johns Hopkins Applied Physics Laboratory. Michael contributed to the MESSENGER mission, including the spacecraft’s first encounter with the Mercury in 2008, an experience that convinced him space exploration was critical work for humanity. Michael founded the Lunar Lion team at Penn State, a group of students that pursued the Google Lunar XPRIZE, and is proud of the impact that those students are making across the space industry. He likes to work on old motorcycles, build new spacecraft, and canoe down rapids with his family, but not all at the same time. Michael holds an MS in Applied Physics from Johns Hopkins University, a BS in Aerospace Engineering from the University of Notre Dame, and BA in Liberal Arts from Stonehill College.

SiFive, Chief Architect and a Co-Founder

Krste is SiFive’s Chief Architect and a Co-Founder. He is also a Professor in the EECS Department at the University of California, Berkeley, where he serves as Director of the ADEPT Lab. Krste leads the RISC V ISA project at Berkeley and is Chairman of the RISC V Foundation. He is an ACM Fellow and an IEEE Fellow. Krste received his Ph.D. from UC Berkeley and a BA in Electrical and Information Sciences from the University of Cambridge.

A Closed Session associated with the IEEE Space Computing Conference is scheduled for Friday, August 27, 2021 and is now open for registration.

The closed (TS/SCI) session will be a virtual session hosted by The Aerospace Corporation on Friday, August 27, 2021. The planned session schedule begins at 9 AM PDT (12 noon EDT) and ends around 2 PM PDT (5 PM EDT). A final schedule will be delivered to attendees once the session agenda has been completed. Attendees are responsible for securing their own access to a secure compartmented information facility (SCIF) and appropriate TS/SCI network access.


For our registered attendees, the 2021 Space Computing Conference is starting next week. Your virtual journey begins on August 23, 2021, at 10:00 AM Eastern Standard Time. You will need the email address you used during the registration process to gain access to our live event at https://www.engagez.net/SCC2021
At this time, you can log in and set up your profile but you will not have access to the full conference venue until Monday, August 23, 2021.

If you need assistance, please use the CONTACT menu option above and send an e-mail to the SCC 2021 conference chairs.